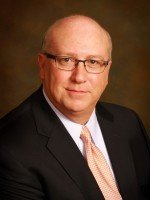 Karr Ingham is a professional economist who lives and works in Amarillo, Texas. He is the owner of Ingham Economic Reporting, an economic analysis and research firm that specializes in the indexing and tracking of regional and metro area economies.

Ingham has a career history in agriculture broadcasting, public affairs and politics. He served as District Director and Legislative Aide to then U.S. Congressman Beau Boulter, and was the Congressman’s principal liaison to the Panhandle and West Texas agriculture community. He also performed agriculture budget policy analysis for the Congressman, then a member of the House Budget Committee.

The regional metro analysis concept has been expanded to include regional energy production economies with the establishment of the Texas Permian Basin Petroleum Index, the Texas PetroIndex, a statewide index-based analysis of the state’s energy production economy produced monthly for the Texas Alliance of Energy Producers. In addition, he also consults on economic and analytical policy matters and conducts various industry-related economic impact studies in Texas.

Ingham is member of the US Association for Energy Economics (USAEE), and holds his affiliation with the Houston chapter of that organization. He also serves on the natural gas supply and demand panel for the Independent Petroleum Association of American (IPAA), and is a frequent commentator in various local and statewide media outlets with regard to oil & gas prices and markets.

Mr. Ingham resides in Amarillo with his wife, Elizabeth, and two daughters – Allison and Gracie.